The colors of Halloween!!! That is the monthly challenge at my favorite blog Catherine and Cathy Create. I am not a big Halloween person, but I do put up a few decorations and decided to make a banner. I initially wanted to make a horizontal banner but it didn't turn out as I had it planned in my head, so voila! The letters were much bigger than I had wanted for where I was going to initially place it, but I am happy how it turned out. I had a few embellishments lying around that were perfect to add some interest. I heat embossed the silver on the letters as an attempt to make it a little "dressier" and possibly spookier- not sure it made it any spookier though :) I heat embossed the skull and cat with a black glitter powder. Once I had the skull done I thought "skulls aren't black!", but hey, it's Halloween so anything goes!

So here is the end result for the October Challenge: Orange and Black 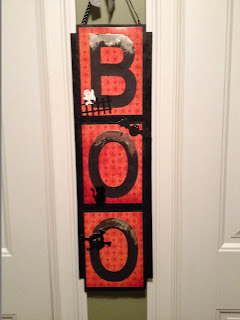 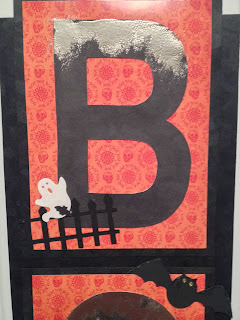 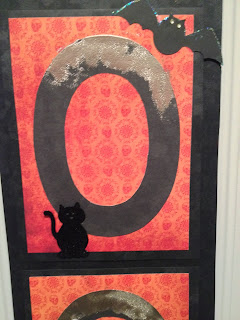 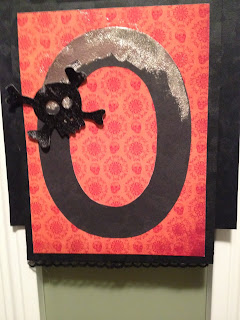 Posted by Darlene Whalley at 1:42 AM